On the 2nd April 2014, Maria Holdcroft (from the 2013 EGMO team) and I completed a charity skydive to raise money for the Schistosomiasis Control Initiative. Between us, we raised a total of £1159.16 from many generous people, which will save over 2300 people in Ethiopia from parasitic infections such as schistosomiasis, tapeworm and ringworm.

You may want to watch the video of my freefall, which was arranged to the somewhat epic tune of Supermassive Black Hole by the North London Skydiving Centre. Unfortunately, Maria didn’t elect to have her skydive recorded; we do, however, have proof in the form of certificates.

For posterity, you may also want to view the Facebook event page. 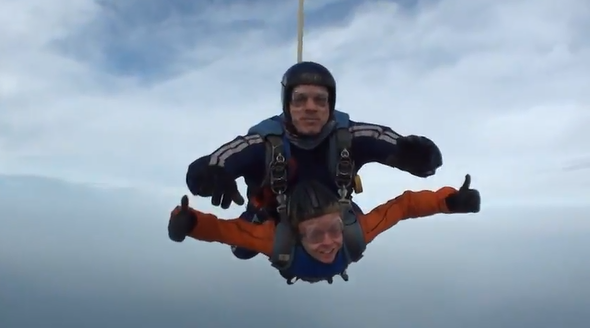 Update: We’ve posted the cheque and letter to the SCI, and are awaiting a response. The other £15.16 (

rounded up to the nearest penny!) was sent separately by Joseph Myers. 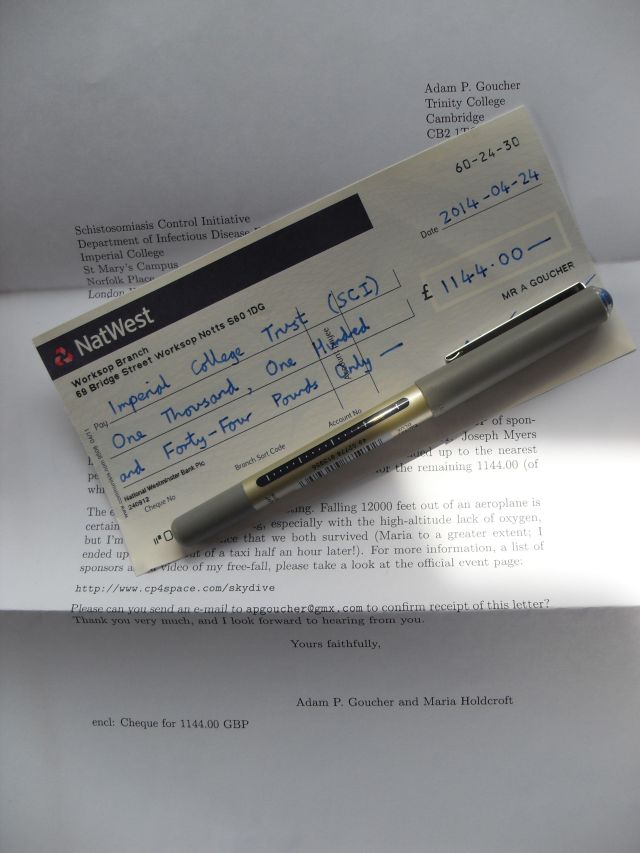