The Platonic solids can be regarded as regular tilings of the surface of a sphere in much the same way as the square, hexagonal and triangular tilings of the plane are regular. For example, the dodecahedron is a tiling of the sphere with twelve pentagons. 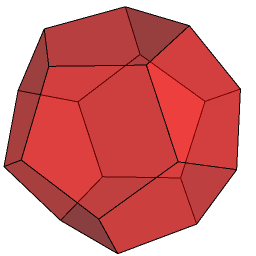 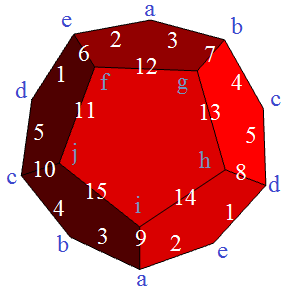 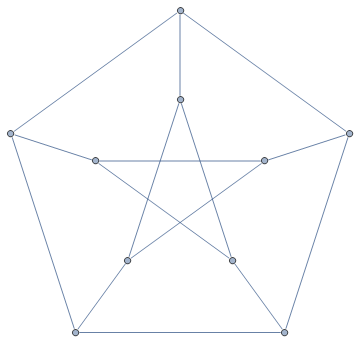 Even though it can be drawn on the projective plane, it cannot be realised on the plane without edges crossing (as above). This is because it contains the complete graph K5 as a graph minor. The Petersen graph is really interesting in its own right, with Donald Knuth commenting that it is almost always a counter-example to false conjectures about graphs!

Returning to projective polyhedra, we can also construct its dual, the hemi-icosahedron. It is a remarkable fact that 11 hemi-icosahedra can be stitched together to form an abstract self-dual polytope, and likewise 57 hemi-dodecahedra constitute the 57-cell. In the same vein as the Rubik’s 120-cell mentioned earlier, Nan Ma recently designed a web applet for exploring a Rubik’s 11-cell. As far as I know, the same hasn’t yet been done for the 57-cell.

Quickly reading the Planar graphs section of Combinatorics II (third chapter of MODA), you’ll see how certain tilings such as the Klein quartic can be obtained by ‘rolling up’ finite patches of infinite tilings. The 11-cell and 57-cell are rolled up patches of the icosahedral and dodecahedral honeycombs, respectively. Claudio Rocchini rendered a really pretty stereographic projection of the former: 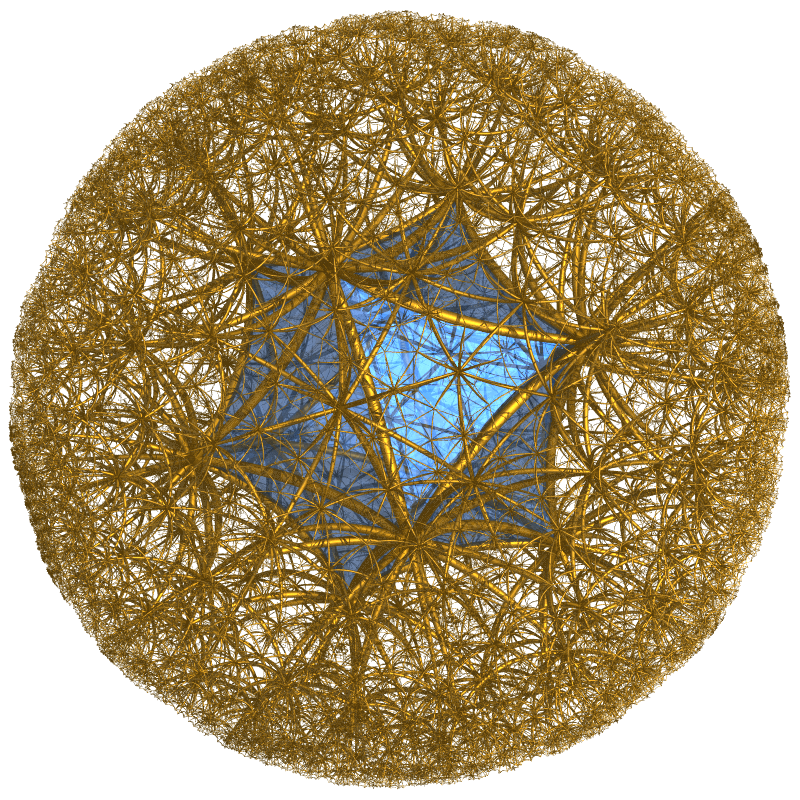