Field with one element

In case you haven’t heard of the field with one element, it’s a totally stupid non-existent thing that doesn’t exist. Nevertheless, its blatant non-existence did not deter several people from extensively investigating it, with the intention of proving the Riemann hypothesis. There’s quite an extensive Wikipedia entry about it, but the same applies to the Loch Ness Monster.

More interesting are elusive things which may or may not exist (not unlike many rumours involving me!). Let’s have a quick run-though of the various objects in this category: 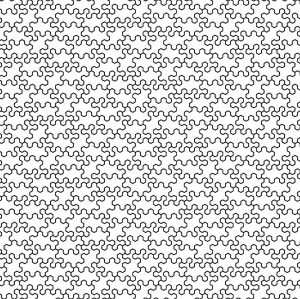 The unique (up to similarity) known example of a 10-isohedral tile.

My calendar informs me that it will be Cipher Tuesday in a few days. I’ll make this one entirely textual, since I’ve had numerous complaints from a particular person about the impossibility of inputting images into his favourite cryptanalysis software.

0 Responses to Field with one element