Any fluid dynamicist would be able to tell you that fluids obey partial differential equations such as the Navier-Stokes equations. This macroscopic behaviour should, and indeed can, be derived from applying Newton’s laws of motion to the individual molecules in the fluid.

Remarkably, the rules of fluid dynamics apply macroscopically to systems much simpler than Newtonian billiard-ball mechanics. Perhaps the ultimate in simplicity is the lattice gas automaton, where space, time and motion are discretised. An example of a lattice gas is the HPP model, which can be simulated with the software Golly.

Each molecule can move in one of four directions, and collisions occur between antiparallel molecules. Each interaction can be verified to conserve momentum and energy, thus accurately representing Newtonian collisions. Unfortunately, one drawback to this model is that it is anisotropic, and vortices are square instead of circular.

This is unsurprising. A model called FHP is almost identical, but with a hexagonal grid instead of a square lattice. You may think that this would lead to hexagonal vortices, as one would expect. Remarkably, there is a sufficient amount of symmetry that it actually exhibits large-scale isotropy, and the vortices are actually circular! Consequently, FHP is a much more realistic model of fluid dynamics than HPP.

Of course, in reality fluids are three-dimensional, rather than two-dimensional. Unfortunately, the three-dimensional lattices (Z^3, D3 and D3*) are insufficiently symmetrical, and the automaton suffers from the same ‘square vortex’ effect as the HPP model. However, the D4 lattice in four dimensions is symmetrical enough, leading to an isotropic lattice gas automaton. I imagine that the same applies to the E8 Gosset lattice and the Leech lattice.

Another lattice gas is the pair-interaction lattice gas automaton, which operates on a square grid. Tim Hutton has made an open-source implementation called the Lattice Gas Explorer. By simulating flow past a circular obstacle on a massive grid (several megapixels), he was able to observe the natural phenomenon of a von Karman vortex street spontaneously emerging.

Before the advent of computers and numerical approximations, fluid dynamicists had a beautifully mathematical method of simulating fluid flow over an aeroplane wing. Firstly, they take a cross-section of the wing, which looks something like this:

Now, unfortunately that’s not circular. The fluid dynamicists reasoned that life would be much simpler if it were circular, in which case finding an analytic solution would be trivial. So, guess what they did? They made it circular, using the Riemann mapping theorem (which states that you can find a conformal mapping from any open bounded subset of the complex plane to the interior of a unit disc). There’s actually an algorithmic version of the Riemann mapping theorem called the Schwarz-Christoffel mapping, providing an explicit conformal map from your favourite polygon to the upper half-plane, which can then be transformed into the unit disc by applying a suitable Möbius transformation. I like to think of the Schwarz-Christoffel mapping as saying the following:

You can conformally map a polygonal peg into a round hole.

You may wonder why the fluid dynamicists had to take a cross-section, instead of conformally mapping the entire three-dimensional aeroplane into a sphere. The answer is that the Riemann mapping theorem only holds in two dimensions, and fails most spectacularly in higher dimensions (where Liouville’s theorem states that the only conformal maps are Möbius transformations).

Liouville’s theorem is really annoying, and (amongst other things) stifles any attempt to find an aesthetically pleasing three-dimensional analogue of the Mandelbrot set. The closest attempt is Daniel White’s Mandelbulb, but the presence of ‘whipped cream’ left its creators feeling somewhat unfulfilled. Ondřej Karlík has, nevertheless, made a stunning rendering of this beast: 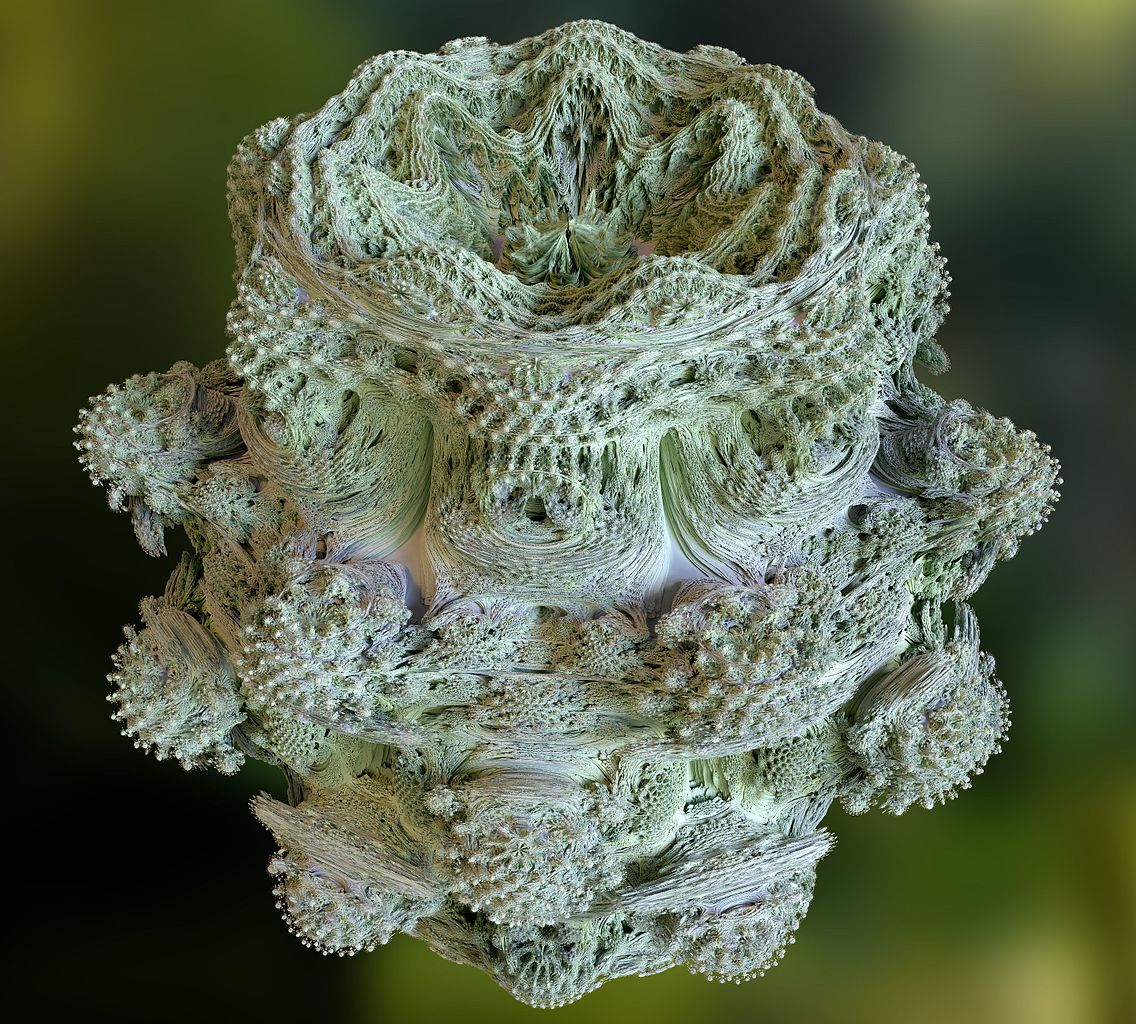