What about the reverse direction?

Take a random point on the unit sphere in 4-dimensional space (according to its Haar measure), and orthogonally project onto a 2-dimensional linear subspace. Then the squared length of the projection is uniformly distributed in the interval [0, 1].

This has a very natural interpretation in quantum theory (which seems to be a special case of a theorem by Bill Wootters, according to this article by Scott Aaronson arguing why quantum theory is more elegant over the complex numbers as opposed to the reals or quaternions):

Take a random qubit. The probability p of measuring zero in the computational basis is uniformly distributed in the interval [0, 1].

Discarding the irrelevant phase factor, qubits can be viewed as elements of S² rather than S³. (This quotient map is the Hopf fibration, whose discrete analogues we discussed earlier). Here’s a picture of the Bloch sphere, taken from my 2014 essay on quantum computation: 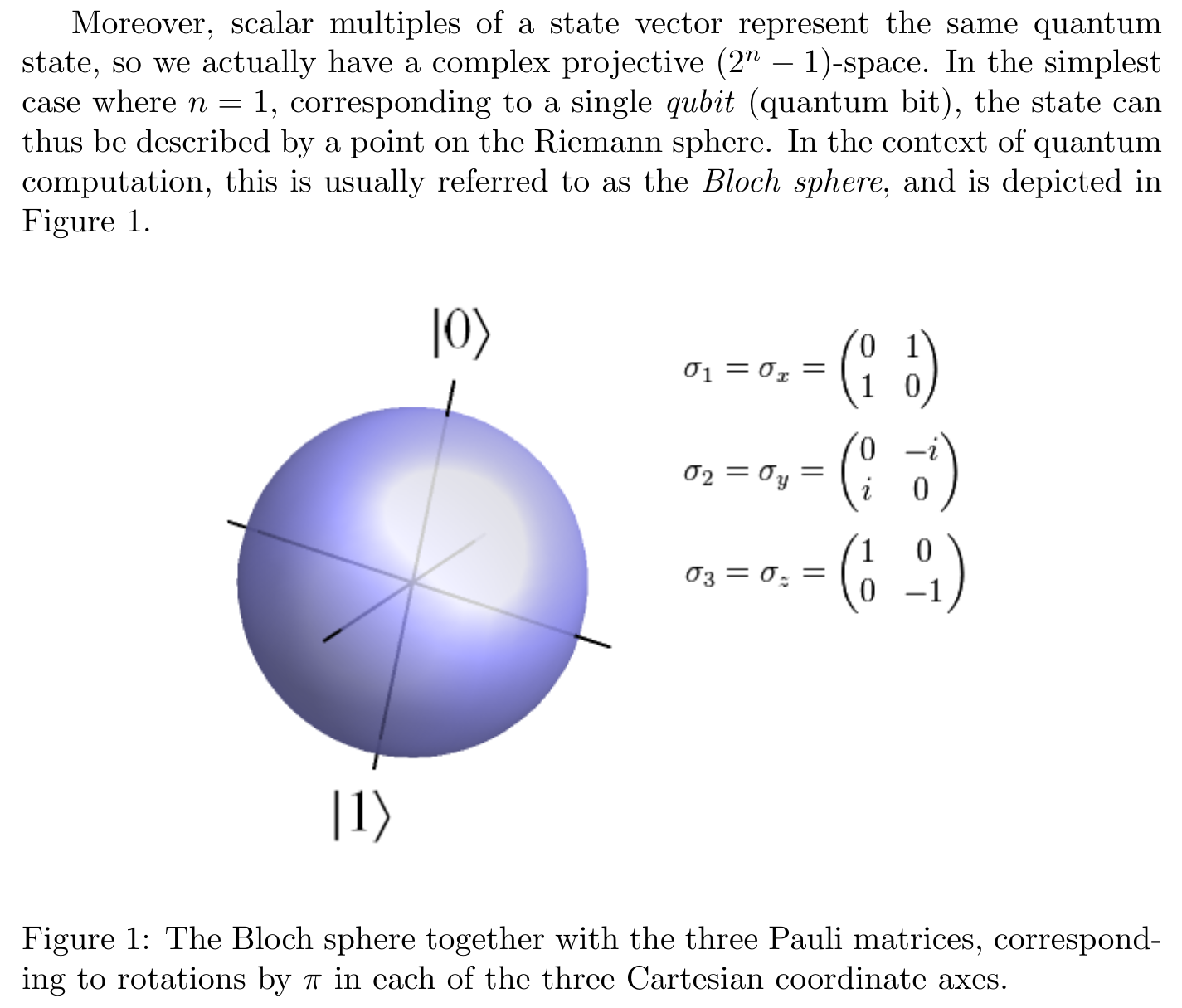 Then, the observation reduces to the following result first proved by Archimedes:

Take a random point on the unit sphere (in 3-dimensional space). Its z-coordinate is uniformly distributed.

Equivalently, if you take any slice containing a sphere and its bounding cylinder, the areas of the curved surfaces agree precisely: 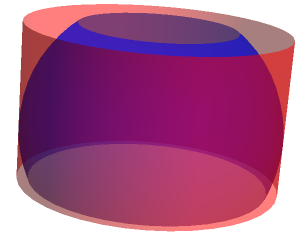 There are certainly more applications of Archimedes’ theorem on the 2-sphere, such as the problem mentioned at the beginning of Poncelet’s Porism: the Socratic Dialogue. But what about the statement involving the 3-sphere (i.e. the preimage of Archimedes’ theorem under the Hopf fibration), or the construction of a uniform distribution from four independent standard Gaussians?