We’ll begin with an intriguing set of three interlinked rings, the Borromean rings. They can’t be realised as solid circular tori, but ellipses work just fine. Here is a visualisation: 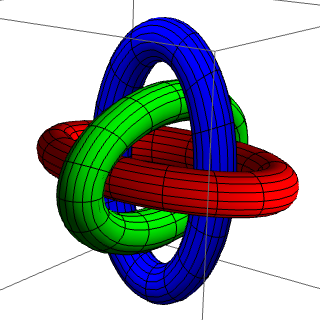 If you remove any one of the three rings, the other two rings are unlinked. However, it is impossible to separate the rings without breaking one of them. Borromean rings have appeared in the structure of molecules, snakes and in heraldry. It turns out that its structure is equivalent to the standard three-strand braid, which likewise has the property that removing any one strand unlinks the remaining two. Here’s a picture from Wikipedia: 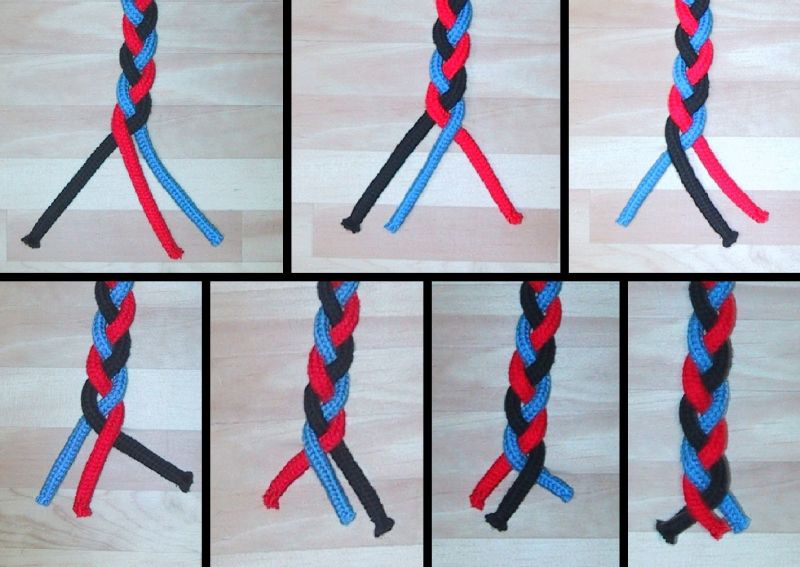 On this topic, I propose the following group-theoretic puzzle:

Consider strings over the alphabet {a, b, c, a’, b’, c’}, where a’, b’ and c’ are the inverses of a, b and c, respectively. Formally, these strings are elements of the free group on three generators. Does there exist a string S with the following properties?

For example, a b a’ c a b’ a’ c’ is almost a ‘Borromean string’, since it works when b is removed or when c is removed:

Feel free to discuss any progress/solutions you have in the ‘comments’ section below: