Being simultaneously Christmas Day and Cipher Tuesday, I have a lot of material to get through.

Firstly, happy 370th birthday to Sir Isaac Newton, who succeeded Isaac Barrow as the Lucasian Professor of Mathematics (both from Trinity, yay!). This gives a nice segue into the topic of Isaacs, one of whom is obsessed with putting counters on chessboards in problems on the British Mathematical Olympiad: 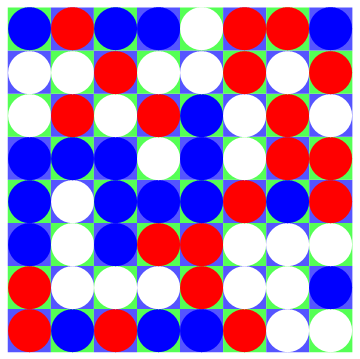 Isaac places some counters onto the squares of an 8 by 8 chessboard so that there is at most one counter in each of the 64 squares. Determine, with justification, the maximum number that he can place without having five or more counters in the same row, or in the same column, or on either of the two long diagonals.

Some of the solutions people submitted were rather interesting. One person got a result of 39 instead of 32 by allowing counters to straddle boundaries between squares. Because this is a slightly less trivial problem than the intended question, I’ll include a solution to this misinterpretation: 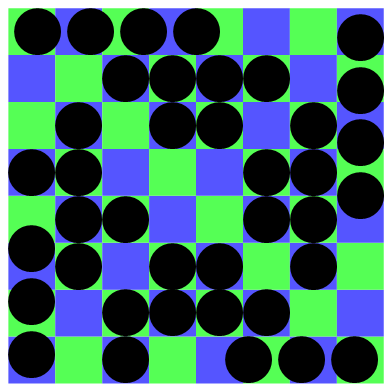 Solution with 4.875 counters in each row and column, and 1.75 on each long diagonal

Another submission involved an expletive (‘we rearrange the chessboard and this is s**t’). I don’t know whether he was describing the problem as trivial, or whether he was trying to describe the permutation (1 4) in S4 (which does rearrange ‘this’ to ‘s**t’).

Joseph Myers enumerated the number of possible solutions to the problem, arriving at 43346734009 (fourth term of A220350, which Joseph added to the OEIS recently). For the misinterpretation, there are obviously 2^aleph-null solutions. 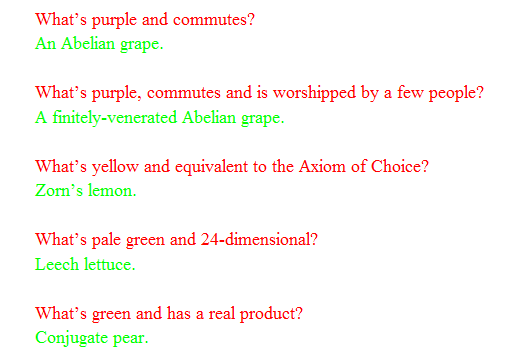 Fred Lunnon and I were responsible for the penultimate and final jokes, respectively. Slightly less family-friendly is this dreadful one of mine:

Even more racy is the Story of Polly Nomial, which for some peculiar reason is on the website of Susan Stepney (one of the people to investigate cellular automata on Penrose tilings). Stranger still is the fact that we haven’t yet co-authored a paper together. I don’t know who wrote the story, but I was informed of its existence by James Gazet.

I think that my last bunch of cryptographical conundrums was slightly too difficult (possibly frustratingly so). So, this is not particularly hard by comparison:

Some of the cp4space readership are going to Hungary the day after tomorrow. If you fall into this category, then I hope you thoroughly enjoy it. Interestingly, it was in precisely the same hotel (the Öreg-tó Club) that the idea of Complex Projective 4-Space was first popularised. Hence, I suppose you could consider it to be the birthplace of this blog.