This was, as suggested by the title, inspired by the Enigma machine used to encode run-of-the-mill messages during the Second World War (more high-security messages were encoded with the Lorenz cipher). The Enigma machine was relatively easy to operate, and performed an involution (self-inverse function) to the plaintext to produce the ciphertext; this means that a single machine can be used for both encryption and decryption. If you don’t know the initial settings, however, cracking the cipher requires a huge computational effort. The cryptanalysts at Bletchley Park managed to reduce the Sisyphean search slightly by taking advantage of the fact that no letter could be enciphered as itself (unfortunately, you can’t enjoy that liberty!) and searching for expected phrases, or ‘cribs’. Even then, it took several hours of mechanised trawling to recover the initial settings of the Enigma machine for each message. 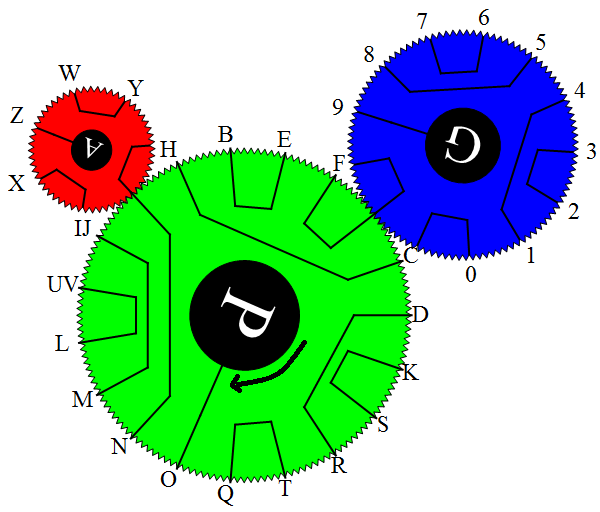 Your challenge is to determine the original position and operate the machine to decipher the following ciphertext:

Good luck. As usual, the password is entirely in lowercase.