I am proud to announce that Complex Projective 4-Space is celebrating its first anniversary today. This is an excellent opportunity to quantitatively summarise what has happened on cp4space in the last year: 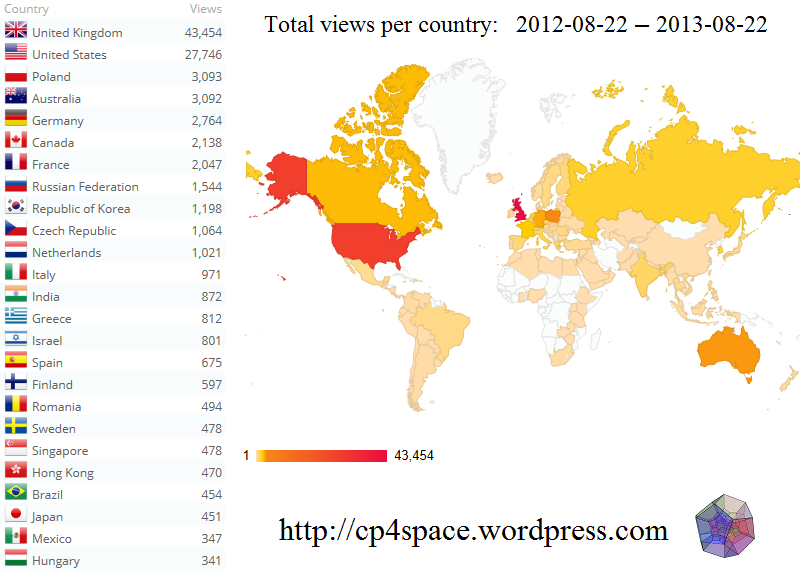 To celebrate the anniversary, I have been informed that Maria Holdcroft is making cp4space gingerbread men. I’ll upload photographs thereof as soon as possible.

0 Responses to A year of cp4space