A few days ago, I mentioned how cp4space was being advertised at the Balliol maths camp. What I didn’t realise was that some of the EGMO veterans running sessions at the camp decided to make confectionery to celebrate the cp4space anniversary!

Firstly, we have a generic cp4space gingerbread man by Kasia Warburton: 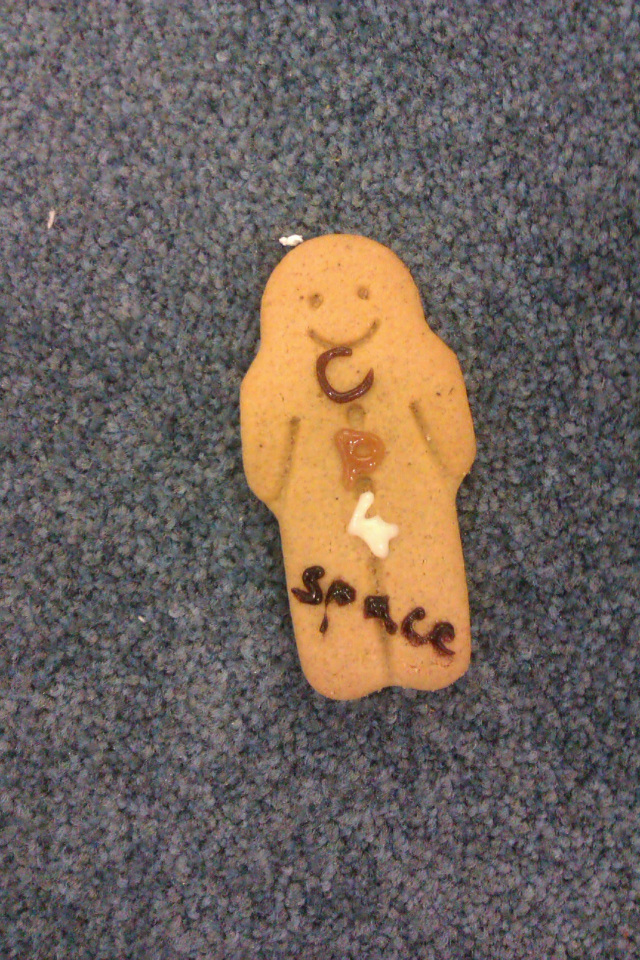 The text appears to be milk and dark chocolate, toffee/fudge and icing. Maria Holdcroft made 25 more cp4space gingerbread men, in addition to a somewhat mutilated effigy of my nemesis Tom Rychlik and a cookie featuring the greatest emoticon in existence, the infamous ;P.

Natalie Behague immortalised Farida and me in monoliths of gingerbread, also included in the photograph below (in the second row of this triangular array, where Farida and I have a regular star polygon and a P, respectively, emblazoned on our torsi): 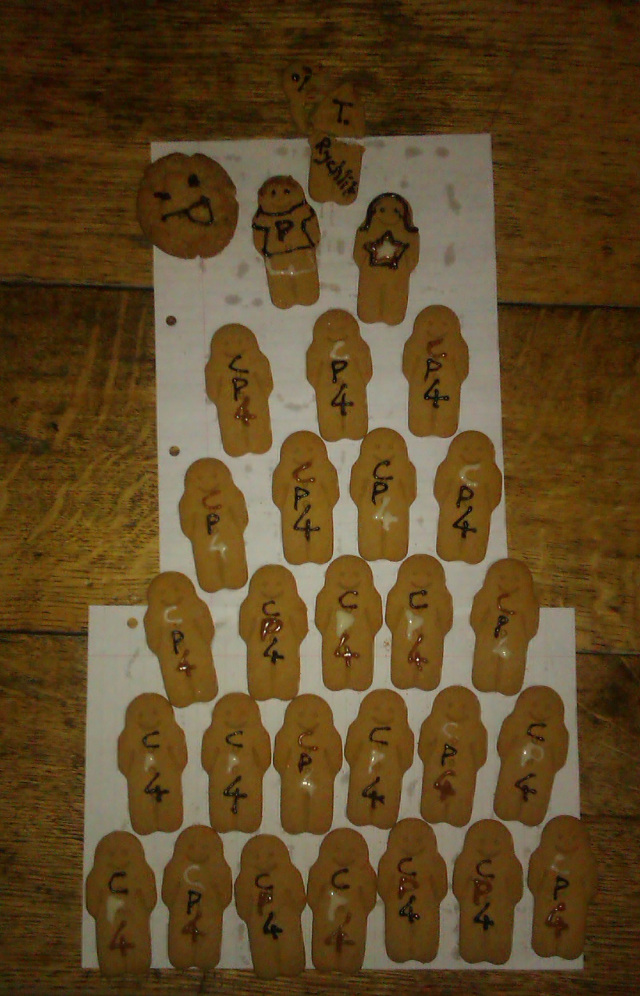 With this being a tribute to cp4space, I’m highly suspicious that the 3-tuples over the set {dark chocolate, milk chocolate, toffee/fudge, icing} on the gingerbread men may actually encode a hidden message. However, I’m rather too tired at the moment to attempt any cryptanalysis on this beautiful piece of possible steganography.

According to Maria Holdcroft, “Farida, being so extremely attractive, was one of the first to be eaten”. My gingerbread counterpart, on the other hand, appears to be undergoing some sort of occult ritualistic sacrifice in the inner sanctum of Balliol: 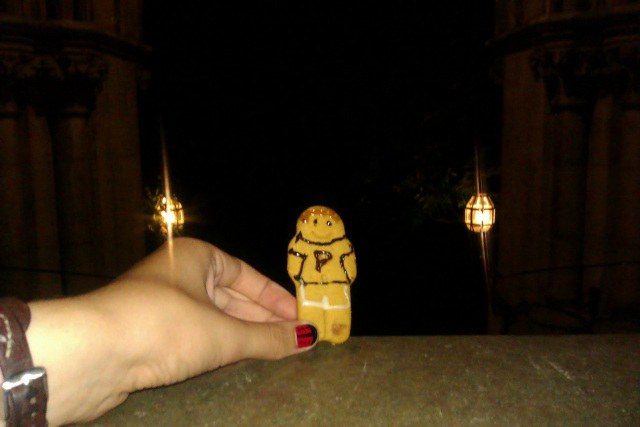 I have been reliably informed that the coleoptera-adorned fingernails are the opus of Katya Richards.

If you wish to make cp4space gingerbread men (or women) yourself, there are instructions on the official Lyle’s Golden Syrup website. As in the pictures above, it’s considered sufficient to just brand the gingerbread men with ‘CP4’. If you’re an expert in the world of icing application, then you may be able to manage the blackboard bold

font, or even (if you’re really ambitious) the cp4space logo, namely a multicoloured stereographic projection of the 120-cell.

Have fun, and send in anything that you produce!