Firstly, congratulations to the British EGMO team (Olivia, Kasia, Katya and Eloise) for their impressive performance, coming eighth out of 29 competing teams. Apparently the competition was held in the same five-star hotel in Antalya enjoyed by a previous Balkan Mathematical Olympiad, a humorous report of which was written by Gabriel Gendler.

Unfortunately, I have completely run out of inspiration for ciphers. However, I would like to instead mention a very beautiful engraving by the German Renaissance polymath Albrecht Dürer, entitled Melencolia I: 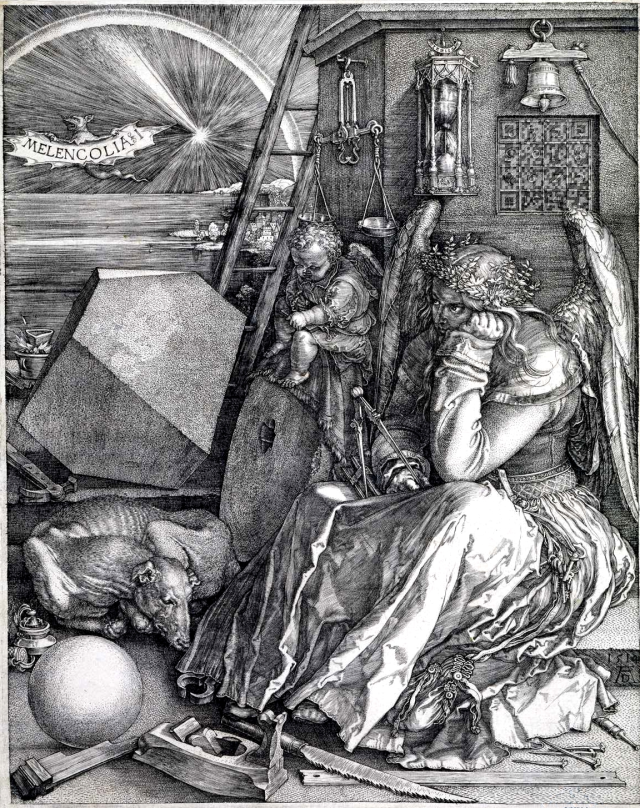 One of the most interesting features of the engraving is the polyhedron on the left of the picture. Indeed, it is referred to as Dürer’s solid, and its skeleton is the Dürer graph (one of many interesting generalised Petersen graphs).

I happened to visit the Serpentine Gallery whilst in Kensington, London on the 8th April (for reasons which would have been revealed in the private cipher solvers’ area, had I actually made a cipher for today, which of course I didn’t). There was another one of Dürer’s famous engravings, namely Saint Jerome in his Study, which was unarguably my favourite art work in the gallery.