At the tenth Gathering for Gardner, Colin Wright proposed the following problem. It’s quite well known, and I believe it has been published elsewhere before:

‘Dissect a [unit] disk into congruent parts at least one of which avoids the center by a positive distance’.

Bill Gosper posted this to the math-fun mailing list, where it attracted quite a lot of attention. Several people subsequently solved it, including Neil (Bickford?) and Jessica (Kleber?). It is by no means obvious that such a solution should exist, although the pieces must satisfy certain properties, such as having both convex and concave circular arcs of equal curvature to the unit disc. Invariably the first solution that people encounter is this one: 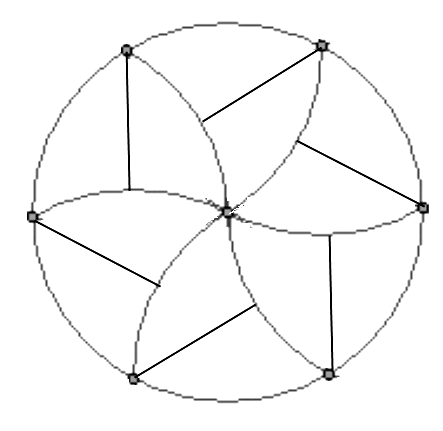 After a little additional thought, other solutions present themselves, such as the one below: 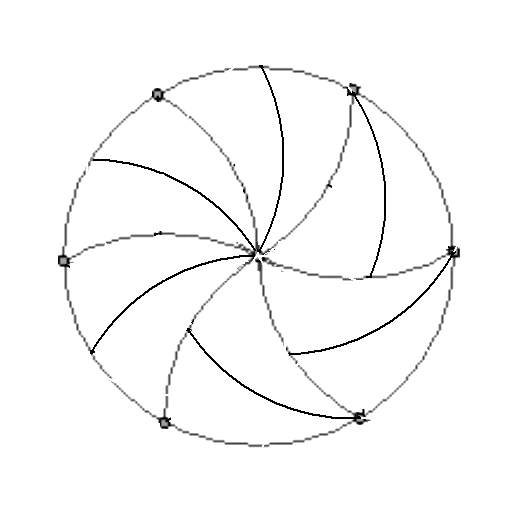 Using Burnside’s lemma (MODA, chapter 1) and a boring combinatorial case-bash, these solutions can be exhaustively enumerated. Treating congruent solutions as being the same, the number of solutions for 6n pieces is given by {0, 31, 57, 99, 158, …} (A193362) (the exceptional case where the pieces have a flat edge is included in the number 31). 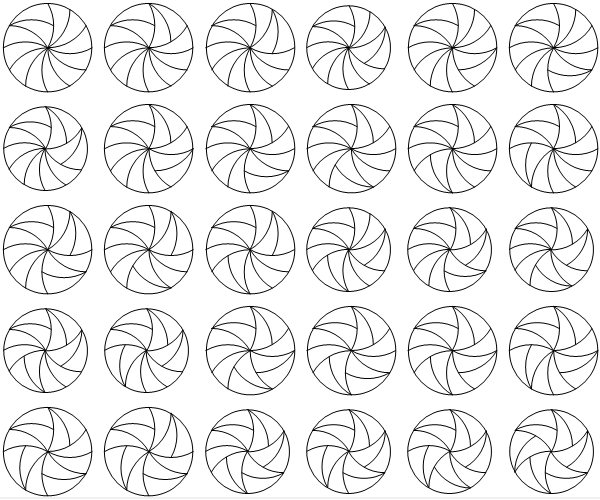 The thirty non-exceptional dissections into 12 pieces

0 Responses to Dissecting the disc