I have received numerous complaints (from the same person) that some of the content on cp4space is completely ridiculous. Of course, posting more serious mathematics would not solve the issue, since it would not alter the fact that, on cp4space, there are already several ridiculous posts. Hence, the only logical alternative is to make those ridiculous posts appear comparatively serious, by instead writing a single article of unparalleled silliness.

So, it occurred to me to mention a rather intriguing discovery I made. Usually, mathematical discoveries take a long period of dedication, since all of the low-hanging fruit has already been claimed by previous mathematicians. This, however, is something of an exception.

The banana was originally considered a rather exotic fruit (c.f. this video), but over time it has become accepted as being mundane and banal, no qualitatively different from the more indigenous apples and pears that have a habit of hitting unexpectant Trinity mathematicians. It is renowned for having a constant positive curvature and zero torsion. Hence, you can imagine my surprise when I encountered a banana with a point of inflection: 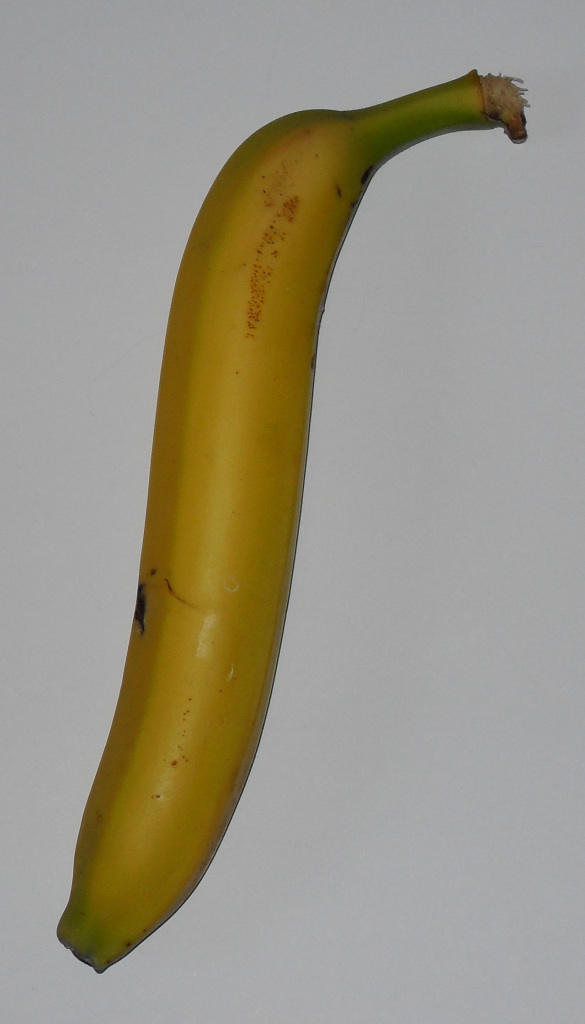 Yes, it’s a banana shaped like an integral sign. This is definitely noteworthy, since it opens up a whole world of new possibilities. After suitably resizing, it was not too difficult to state the divergence theroem using this more colourful substitute for the integral sign:

See how the equation suddenly comes to life? How much better it looks than the boring LaTeX-rendered \int symbol? How you’ve been spending years without realising the potential for fruit to feature in practically every piece of applied mathematics you perform?

Well, you have no excuse now. Here are some icons corresponding to the possible variants of the integral sign, together with the equivalent LaTeX commands: 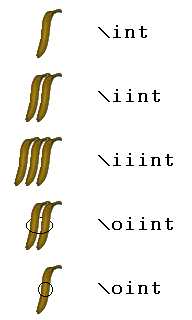 We can use the divergence theorem, for instance, to prove the uniqueness of a solution to Poisson’s equation subject to a Dirichlet boundary condition. 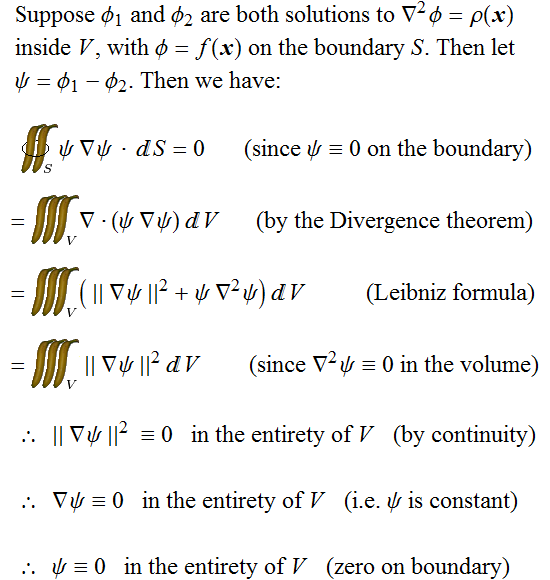 As you can imagine, there is no limit to the amount of enjoyment you can derive from banana integrals. In fact, if you determine the conditions for existence and uniqueness of solutions to the Navier-Stokes equations, then you could even win $1000000 from the Clay Mathematics Institute and have fun at the same time!