Firstly, I have a few late items of news to discuss:

Anyway, I suppose I should provide a cipher since we are rapidly approaching a Tuesday in the middle of Season III. 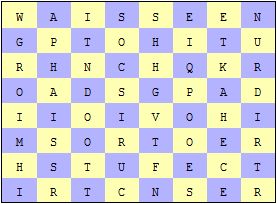