A while ago, I mentioned the concept of holyhedra: polyhedra, all of whose faces are multiply-connected. The first known example had 78 585 627 faces, and was later superseded by a highly symmetric example with as few as 492 faces.

Yesterday, I received an e-mail from Nathan Ho describing a 12-faced holyhedron, but it involves self-intersecting (star polygonal) faces and therefore only qualifies under a more relaxed definition of ‘polyhedron’ than the other examples: 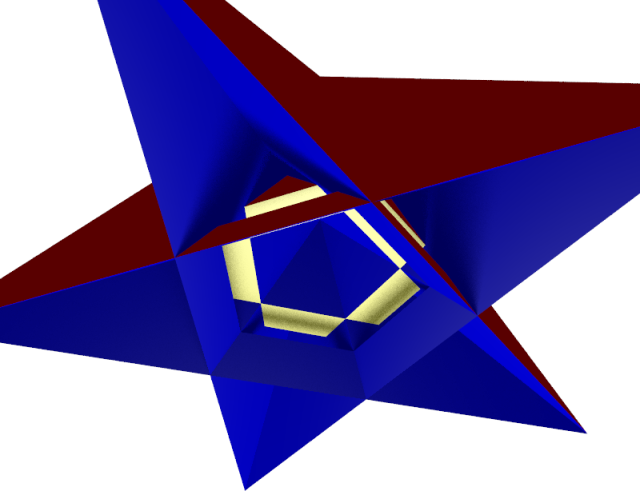 This leaves open the question of the minimum number of faces a holyhedron can possess. We know that for the deceptively similarly named golyhedra; the answer is 11 as demonstrated by Alexey Nigin’s wonderfully minimal example: 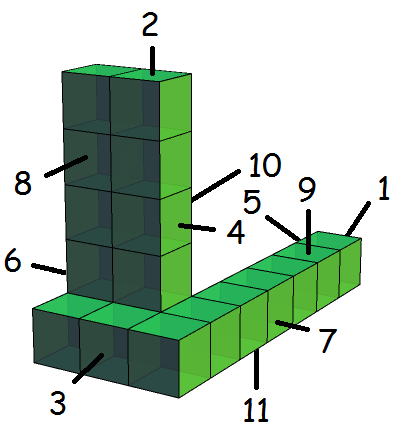 The corresponding lower bound of 11 can be derived from the following simple derivation:

Also, I mentioned a while ago about the project to create a 31c/240 spaceship in Conway’s Game of Life. Dave Greene finally implemented my shield bug design, although changing one of the details resulted in the completed spaceship looking nothing like a shield bug whatsoever! 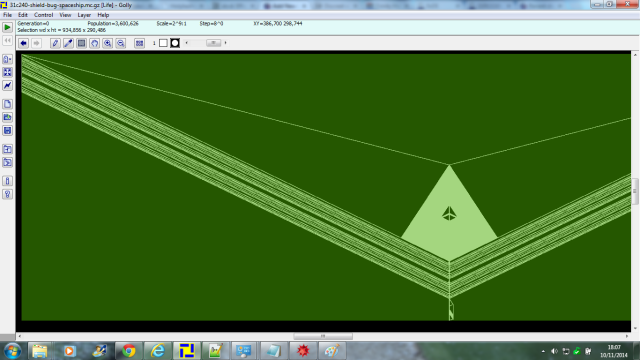 On an unrelated topic, a discussion with Tim Hutton and Simon Rawles in a pub in Cambridge has culminated in them investigating various embeddings of surfaces by crocheting them. Most recently Tim has produced a Chen-Gackstatter surface in this manner:

Another interesting blog by a computer scientist is that of Susan Stepney. One of her recent posts featured a video of a rendition of a particular music video in the Alexandroff Corridor of Newnham College, Cambridge, which Trinity has recently reproduced in an attempt to encourage the artist to perform at the forthcoming (149th) May Ball:

This has recently gained quite a lot of media attention across Europe, appearing in both a Spanish and a Croatian newspaper. Further bulletins as events warrant…